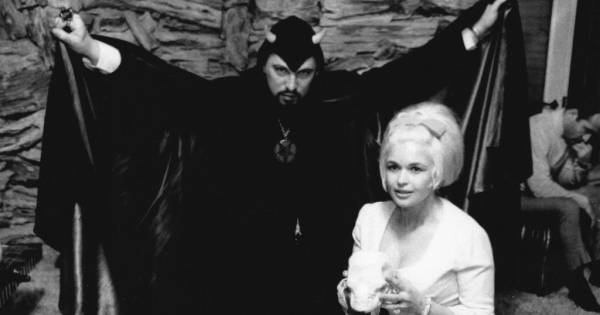 Deconstructing a pop culture legend is always a difficult endeavor. There are facts to consider, along with theories and legends, and when dealing with the life and times of Jayne Mansfield, there are numerous experts who’ve spent decades trying to decode the tumultuous experience of a highly educated sex bomb who wowed millions and died horrifically. Directors P. David Ebersole and Todd Hughes play their approach to “Mansfield 66/67” smartly, establishing the documentary as “A true story, based on rumor and hearsay,” thus freeing them to go anywhere with this inspection of Jayne Mansfield and her interest in Anton LaVey, the head of the Church of Satan. It’s quite a story and, thankfully, quite the movie as well, emerging as more of an elastic collection of media and interviews that study the wonders of Mansfield and mystery of LaVey, trying to capture the irresistible camp of the pairing and pick out whatever reality existed between them.  Read the rest at Blu-ray.com