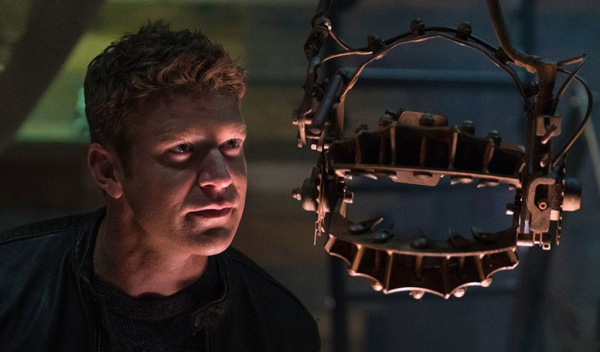 “Saw: The Final Chapter” was released seven years ago. It was intended to be the last stop on the Jigsaw tour of trap-based pain, but as it goes with horror movies, there’s never truly a final bow when there’s money left on the table. By this point, the franchise (which began in 2004) was a carnival dark ride, offering Halloween audiences a dependable multiplex partner for the holiday, with more care going into the extremity of murder sequences than into the ongoing plot, which by this sequel, resembled a stale pretzel left out in the rain. While dealing with a wildly profitable brand name, studio Twisted Pictures ultimately decided to take a break from the yearly grind. The machine cranks back to life with “Jigsaw,” which offers a new title for the same old games of misdirection and suffering, offering not a reboot or a remake, but yet another sequel…er, kinda. “Jigsaw” has promise in filmmakers Michael and Peter Spierig, but seems determined to provide the least amount of effort with this out-of-the-blue endeavor, giving devoted fans basically a television pilot with periodic geysers of gore. In an ugly, insipid series, the latest chapter has the distinction of being the least surprising and the most boring. Read the rest at Blu-ray.com