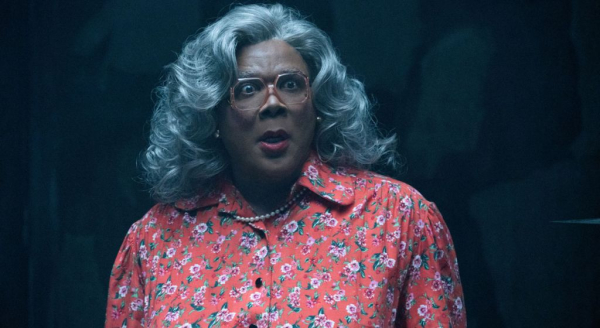 Last year, “Boo! A Madea Halloween” managed to scare up some sizable box office for writer/director/producer/star Tyler Perry, giving him a hit film for the scary season. It was a cheap, unfunny offering of his typical air horn-style of comedy, but it managed to lure in a new, younger audience looking to “hate watch” the endeavor, laughing at the movie instead of with. Either way, Perry’s financial standing improved, which is why, one year later, there’s a sequel. “Boo 2: A Madea Halloween” isn’t about to deviate from the Perry formula of terrible improvisation and limited locations, charging full steam ahead with a revival of Madea and her special way of dealing with the frights of the holiday. “Boo 2” is terrible, but you know that already, though it does identify just how little Perry cares about the look and content of his features, as the sequel is padded with inane conversations taking place in painfully static locations. Read the rest at Blu-ray.com