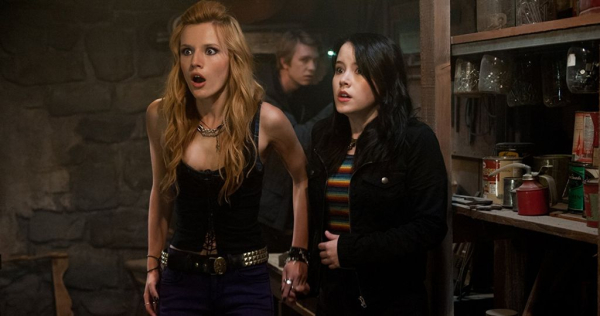 Anytime a film misses a release date, it’s usually a bad sign. “Amityville: The Awakening” missed a whole bunch of them, kicked like a rusty can around the years as the studio worked up the nerve (or financial means) to slip the picture in front of audiences. Shot three years ago and teased with posters and trailers ever since, it’s finally time to witness the rebirth of the “Amityville” brand name, which was last seen on screens in a 2005 remake, starring Ryan Reynolds. Clues pointing to disaster were all there, and “Amityville: The Awakening” is happy to meet lower expectations, offering no real scares and even less common sense for a chiller. Writer/director Franck Khalfoun tries to be a little bit clever with the effort, frosting the endeavor with self-awareness, but what he really needs are effective frights and less predictability in this, the latest chapter in a weirdly enduring franchise.  Read the rest at Blu-ray.com