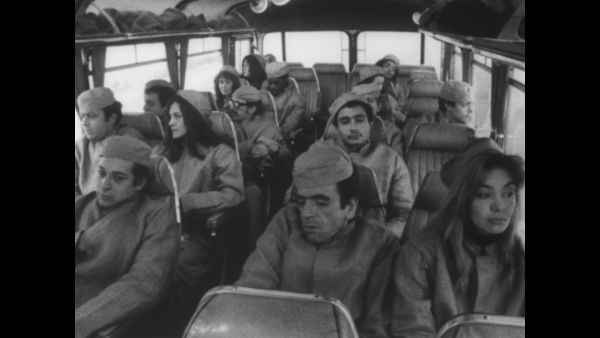 1966's "Who's Crazy?" is a filmed project for The Living Theater, an experimental theater group co-founded by Julian Beck, who starred as Kane in "Poltergeist II: The Other Side" (surely not his finest hour, but his most recognizable turn). Keeping up with the group's mission to explore the inner and outer space of life through performance, "Who's Crazy?" is an explosion of imagery, symbolism, and musical performance, offering a buzzing, swirling, swooping jazz soundtrack to support the endeavor, created by Ornette Coleman, David Izenzon, and Charles Moffett (with vocals by Marianne Faithfull).  Read the rest at Blu-ray.com