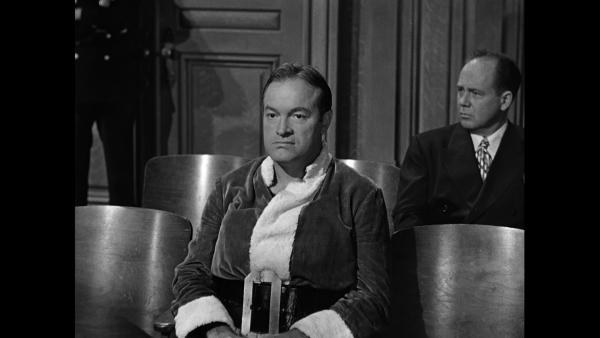 Perhaps the most fascinating bit of trivia associated with 1951's "The Lemon Drop Kid" (adapted from the short story by Damon Runyon) is the debut of "Silver Bells," a Christmas song that started here and grew to become a holiday perennial, covered by a multitude of artists, most famously conquered by star Bob Hope's frequent screen partner, Bing Crosby. Of course, there's an entire movie here as well, with seasonal cheer put into hands of Hope, who tries on a thin layer of Capra for this con man tale of semi-redemption, with the production making the most of his special brand of comedy. "Silver Bells" is merely icing on the cake.  Read the rest at Blu-ray.com