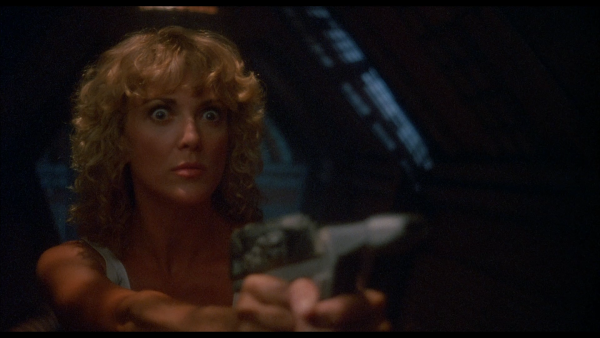 A B-movie director who shows a bit more interest in genre potential than most, Fred Olen Ray returns with 1986's "Star Slammer," which is actually titled "The Adventures of Taura: Prison Ship Star Slammer" at the start of the film. This is Ray attempting to fashion a valentine to serial filmmaking of old, positioning his heroine, Taura, as a new force of futureworld justice, putting her through survival challenges half-naked and full of pluck. While the ambition of the production is interesting, the actual execution of "Star Slammer" leaves much to be desired, depicting an intergalactic battle between warriors and villains on maybe three sets, with space opera visuals recycled from other productions. Ray does what he can to preserve his vision, maintaining interest in the multi-chapter format to the end, but the majority of the feature feels unnecessarily claustrophobic and overwritten, trying to assume the position of a sci-fi blockbuster without earning it.  Read the rest at Blu-ray.com