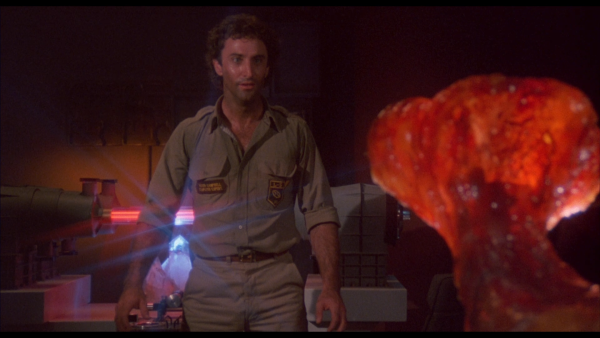 Released in 1986, "Star Crystal" is caught between two worlds. Perhaps conceived as an "Alien" rip-off, the production makes familiar genre moves, building up a mysterious threat from another world, and the film is set on a spaceship, highlighting crew panic with a strange invader. But there's also an "E.T." aspect to the picture, moving from mean and nasty to cute and cuddly, taking a strange tonal turn that suggests writer/director Lance Lindsay's original plan for terror was drastically reworked when moviegoing trends changed after the release of the Steven Spielberg masterpiece. Caught in the middle of confusing creative choices, it doesn't help that "Star Crystal" is also one of the most crushingly boring features I've viewed in recent memory. If Lindsay had a vision for the effort, it doesn't come through here, throttled by an extremely limited budget and lust for padding that simply kills what passes for pace.  Read the rest at Blu-ray.com