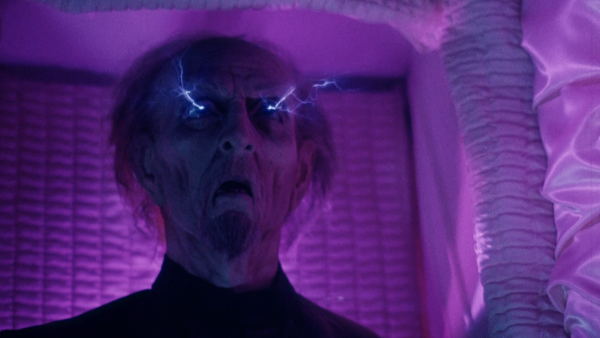 "One Dark Night" is a horror film originally released in 1983. It is not R-rated. During a time when nearly every genre picture was trying to be the most gore-rific, angriest production around, this little movie plays it relatively calm, joining the likes of "Poltergeist" as a chiller that's mostly chill, only raising hell periodically. It's the first feature from co-writer/director Tom McLoughlin, who would go on to rated R shenanigans with 1986's "Friday the 13th Part VI: Jason Lives," but here, in his debut, he hopes to channel the world of Roger Corman, trying to create something creepy with a limited budget, setting the effort inside a single location for most of the run time. "One Dark Night" takes an eternity to get where it needs to go, but it's worth the wait, finding McLoughlin inventive with escalation, getting in a few genuinely eerie moments along the way.  Read the rest at Blu-ray.com