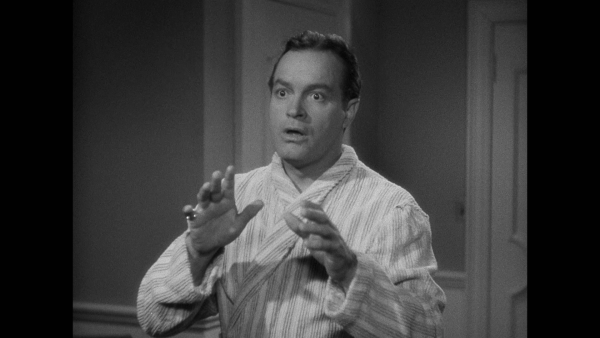 Bob Hope is generally known as a rascal, often employing a sardonic wit to best his challengers on television, film, and radio. Always armed with an ace one-liner and complete comfort with any situation, it's somewhat bizarre to watch Hope in 1947's "My Favorite Brunette," which asks the comedy legend to play unhinged for 90 minutes, always stuck in losing situations, caught in the middle of complicated problems. While it's far from fresh ground for the performer, it's a nice change of pace, working to bend his big screen persona in unusual directions with "My Favorite Brunette," which keeps him busy for nearly every frame of the feature. Read the rest at Blu-ray.com