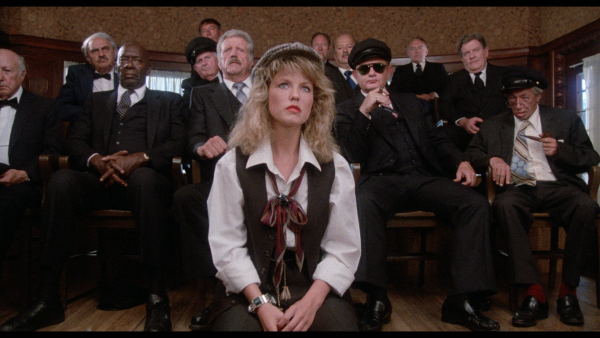 Following up her starring role in 1983's "Valley Girl," actress Deborah Foreman makes more of a lateral move with 1986's "My Chauffeur." Keeping the Southern California quirkiness, Foreman ups her bubbly personality for the romantic comedy, remaining alert and attentive to the needs of the screenplay, which attempts to summon a screwball mood with broad antics and finger-snap timing. Writer/director David Beaird has a vision for "My Chauffeur," just not the clearest idea on narrative progression, often stopping the feature to highlight shenanigans that have little to do with the plot. However, he does have Foreman and co-star Sam J. Jones, who create passable chemistry and play off each other well, giving the movie a nice boost of brightness when it comes to character interactions, supporting the endeavor whenever Beaird has an idea that pulls his attention away from the rest of the picture.   Read the rest at Blu-ray.com