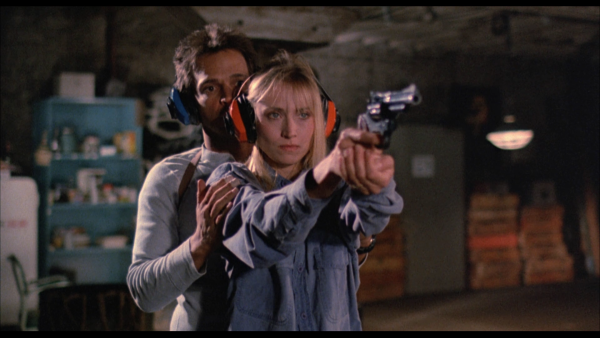 In the summer of 1987, there was a series of freeway shootings in Los Angeles, rattling a city already accustomed to everyday violence. Co- writer/director Francis Delia doesn't dramatize the event and its aftermath, instead using the hysteria to inspire 1988's "Freeway," which details a madman prowling the streets on the hunt for new victims to blast away at close range. It's a B-movie take on real-world fears, but Delia makes it clear he's out for exploitation purposes, fashioning a detective tale of sorts to support sequences of roadway massacres. "Freeway" isn't a finely knitted offering of escapism, but Delia captures a certain sense of panic and frustration, teasing a graduation to broad car-fu antics. It's not consistent in its recklessness and features plenty of '80s-style leaps in characterization, but the core viewing experience is preserved, providing a reasonably compelling cat and mouse game at high speeds. Read the rest at Blu-ray.com