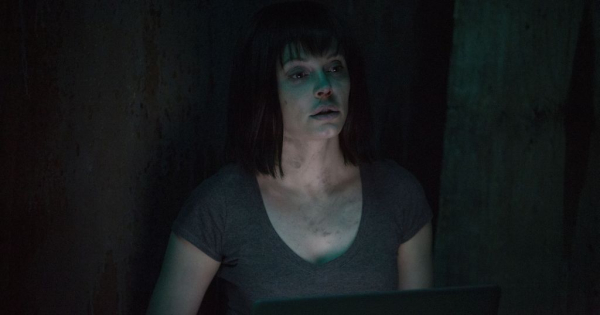 “The Sound” marks the directorial debut of actress Jenna Mattison, and she’s scripted for herself a small-scale haunting to best try out her helming abilities. Save for a few introductory sequences, the picture largely takes place in the dark, with traditional dialogue replaced by Twitter postings and texting. It’s a modern ghost story, but “The Sound,” while fighting to be relevant to a younger generation of moviegoer, doesn’t offer much in the way of suspense. It’s static work, intentionally so, leaving Mattison to figure out ways to keep the protagonist compelling while she’s sitting on the floor, banging away on her laptop. It’s not a completely ineffective effort, but Mattison’s attempting a different route to chills, and it doesn’t work, especially when there’s 90 minutes of screen time to fill.   Read the rest at Blu-ray.com