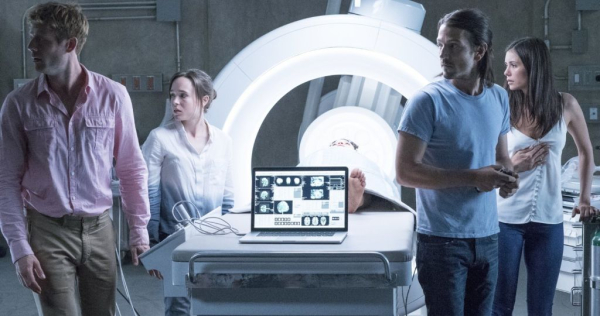 Say what you will about the career of director Joel Schumacher, but in the midst of creating overcooked garbage over the years, he managed to manufacture a few gems as well. 1990’s “Flatliners” is one of them, yanking viewers into the pulse-racing fantasy of medical students testing the boundaries of death to discover life’s secrets, only to be confronted with their own vast reservoirs of guilt and shame. Drenched in color, twitchily performed, and committed to a special spooky mood, Schumacher was firing on all cylinders 27 years ago, crafting a mighty offering of youth-market entertainment. Why the need to remake the feature in 2017 isn’t completely understood, but one wonders if screenwriter Ben Ripley (“Species III”) even watched the original picture, as his reworking of the story rudely sheds the ethical and moral urgency of the 1990 movie, more interested in drafting a simplistic horror endeavor with paper-thin characterizations and deadly dialogue.  Read the rest at Blu-ray.com