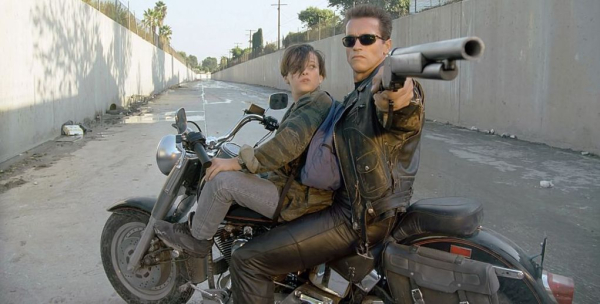 About five years ago, James Cameron elected to convert his 1997 Oscar-winning, pop culture dominating smash hit, “Titanic,” into 3D, trying to stir up some renewed excitement for the feature and add to his collection of 3D achievements after turning “Avatar” into the biggest movie of all time. Now he’s back with “Terminator 2: Judgment Day,” which doesn’t instantly lend itself to the 3D conversion process, requiring some delicate tinkering to bring out a worthwhile viewing experience that expands on the depth of the original theatrical release. With “Judgment Day” already an absolute classic and one of Cameron’s best pictures, there’s little need for such gimmickry to justify a return to the multiplexes. But, for 3D-heads, Cameron does a tasteful job creating immersion into the blockbuster, sustaining balance between the original cinematography and new layers of distances and pointy metal threats.  Read the rest at Blu-ray.com