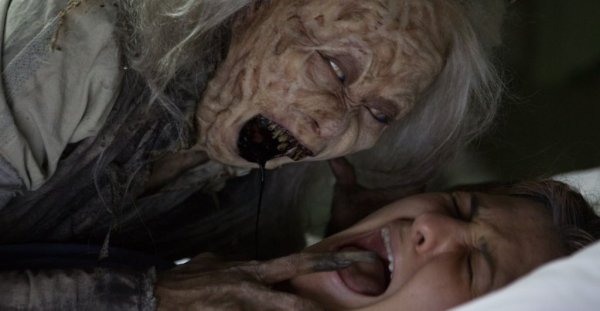 If you must steal, steal from the best. That appears to be the motto of “Ghost House,” a fairly obvious riff on Sam Raimi’s 2009 horror extravaganza, “Drag Me to Hell.” Many filmmakers have lifted from Raimi before, making director Rich Ragsdale part of a club, but where “Drag Me to Hell” was a thunderous, enchantingly bizarre tale of a young woman cursed, “Ghost House” (curiously, also the name of Raimi’s production company) merely offers a few neat visual ideas while grim acting and an overbearing score generally wear down the feature’s capacity to impress. Ragsdale appears eager to please here, which is a good thing, but this Thai chiller tends to be more abusive than frightening, though there’s potential for something macabre that keeps it moderately interesting, but never satisfying. If there’s one thing Ragsdale does exceedingly well, it’s his ability to remind the viewer just how well Raimi pulls off this kind of visual nightmare.  Read the rest at Blu-ray.com