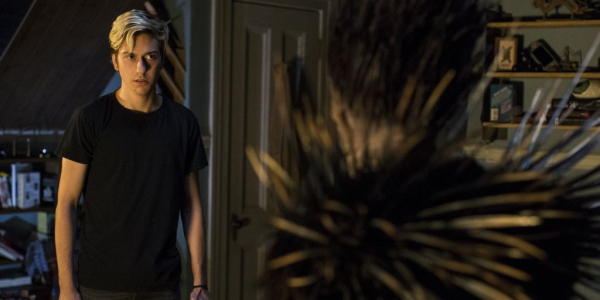 No matter what “Death Note” does, it’s going to be subjected to intense scrutiny. It’s an adaptation of a popular Japanese manga that debuted in 2003, which spawned a media empire with live-action features, a television series, a musical, video games, and an anime offering. This universe has been covered numerous times, but not from a Western perspective. Enter director Adam Wingard, fresh off his swing-and-a-miss reimagining of the “Blair Witch” franchise, who’s tasked with making sense of this strange concoction of adolescent woe and pure horror. Wingard has the right idea when it comes to screen style, but for everything that actually happens in the story, there’s not much of a movie beyond basic offerings of gore and demon visitations. As grand as the franchise has become around the world, this “Death Note” doesn’t learn from its mistakes, showing little regard for plot as the picture manufactures disorienting character leaps and a non-ending to reward those patient enough to sit through it.  Read the rest at Blu-ray.com