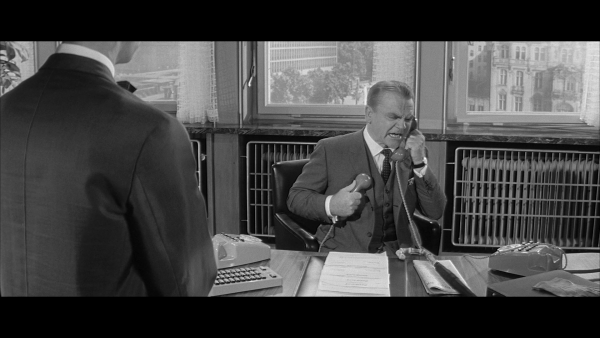 1961's "One, Two, Three" isn't just a Billy Wilder movie, it's the helmer's follow-up to "The Apartment," which is largely considered to be one of the maestro's finest achievements during his long directorial career. However, instead of aping his success, Wilder and co-writer I.A.L. Diamond decide to head in the opposite direction, arranging a farce with "One, Two, Three," which takes place in Cold War-era Germany, right before the construction of the Berlin Wall. The men also invest in speed, keeping the feature moving along at an incredible pace, preserving the material's theatrical origins with an endeavor that's loud and broad, treating the widescreen frame as a stage.  Read the rest at Blu-ray.com