Blu-ray Review - Don't Give Up the Ship 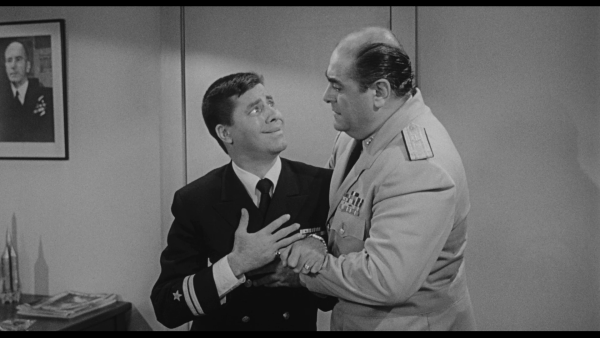 Jerry Lewis is about as "your mileage may vary" an actor as they come, either seducing or repelling audiences with his practiced mugging, pratfalls, and penchant for exaggerating comedic situations. While in possession of a wildly uneven filmography, Lewis seems relatively fresh and invested for 1959's "Don't Give Up the Ship," which is one of his early solo efforts. Eager to please and willing to try out some unusual locations for screen mischief, Lewis is appealingly committed to the picture, which doesn't always match his energy levels.  Read the rest at Blu-ray.com