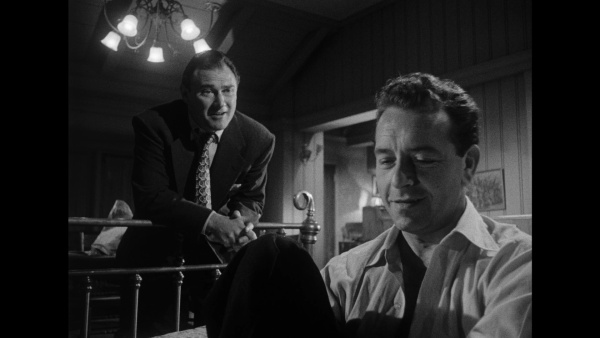 From 1948, "The Scar" (originally titled "Hollow Triumph") takes its plotting very seriously. It's no romp with crooks and cops, but a strange, vaguely "Twilight Zone"-ish journey of a stolen identity that winds through complications that touch on romance and paranoia. Star Paul Henreid (who also produces) assumes command of the feature's uneasy tone, working well with director Steve Sekely, who constructs a noir playground of shadows and danger while sustaining a screenplay (written by Daniel Fuchs, who adapts a novel by Murray Forbes) that's restless, continually redefining the stakes to maintain surprise. Read the rest at Blu-ray.com