Film Review - Valerian and the City of a Thousand Planets 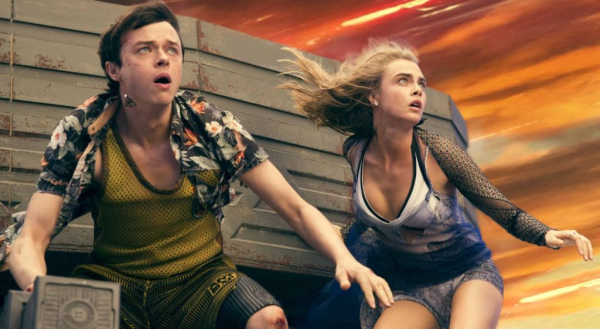 In 1997, writer/director Luc Besson unleashed “The Fifth Element,” a fantasy epic that rippled with idiosyncratic comedy and was shellacked with style, merging American-branded blockbustering with French-scented oddity, making for a delicious mix of the bold and the bizarre. It was a minor hit, growing into a cult jewel in later years, but Besson never revisited it, preferring to stick with minor concoctions and more Earthbound projects in the ensuing years. Two decades later, Besson finally works up the nerve to reenter space and beyond with “Valerian and the City of a Thousand Planets,” an adaptation of a French comic series that debuted in 1967. Now armed with every CGI tool imaginable, and a budget to feel out every inch of his imagination, Besson goes for…something with the feature, which is dutifully colorful, populated with weird creatures, and appropriately European when it comes to humor. And yet, with all this work up on the screen, “City of a Thousand Planets” rarely conjures excitement, with the production working to suffocate the audience with artifice, while the lead actors fight an unwinnable war against miscasting.  Read the rest at Blu-ray.com