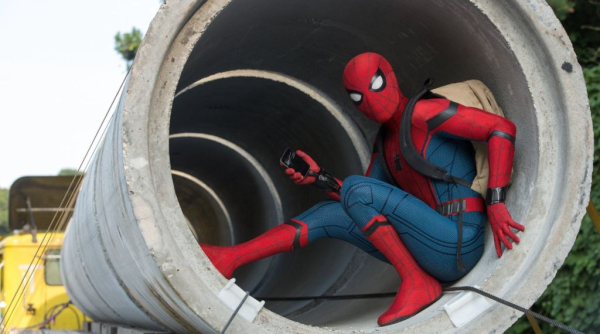 Of course, the title “Spider-Man: Homecoming” has dual meaning. The story is set during the countdown period to a school dance, but it’s also the big return for the superhero brand name, which finally joins up with the Marvel Cinematic Universe after an extended tease in last year’s “Captain America: Civil War.” Spider-Man has endured a few lumps on the big screen in recent years, and lord knows the world doesn’t need another reboot, but for his third incarnation in 15 years, the wall-crawler reclaims multiplex dominance with “Homecoming,” which truly understand the cravings of its teenaged character, backing up frothy but meaningful characterization with some of the finest comic book-inspired entertainment in recent years. Sure, wedging Spider-Man into an already crowded community of costumed avengers is perhaps anticlimactic at this point, but director Jon Watts and his army of screenwriters (six in total) reclaim the swinging ambiance and sheer joy of the character, fashioning a superb refreshing that hopefully will carry on for a long time.  Read the rest at Blu-ray.com

I find it incredulous that you would rate Spider-man: Homecoming so highly to the point that you would probably feel it is the best film of the year. I have also noticed a pattern to your unbridled love and favourable reviews to most Marvel movies and you seem dazzled by them despite a cliched formulaic that has settled 22 movies in. You clearly love most Disney related mega-franchises and admittingly, I was taken aback when you rated the live action remake of Beauty and the Beast a 5/10.

I fail to see how Homecoming can be so good. The action sequences are mundane at best, Tom Holland's incessant whining is really grating. The John Hughes movies are much better in capturing the teen angst and growing pains than this sixth iteration of the comic book character.

Forbes's film critic, Scott Mendelson gives a more precise to Holland's incarnation of Spidey, a clumsy 'Curious George' who is actually more of a social menace. Anyway I am sure there are better films out there better than this 10/10 rating you have given. Case in point: War of the Planet of the Apes which you felt could use some editing. Homecoming requires heavier editing for pacing reasons.