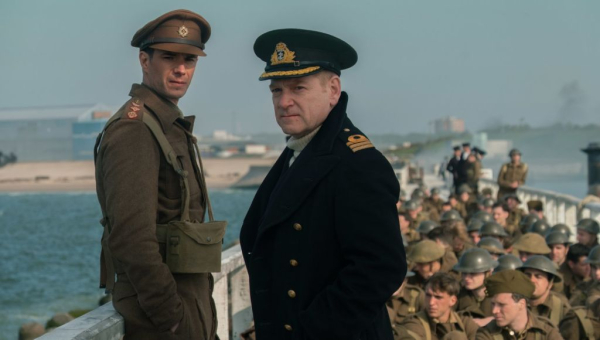 It’s strange to consider that after two decades of making feature films, “Dunkirk” the first production from writer/director Christopher Nolan where he’s the marketable star of the picture. His latest employs famous faces, but no single stratospherically famous person to create buzz and fill seats. It’s all about him, and this is exactly what he’s been looking to achieve throughout the years. “Dunkirk” is a war story but it’s also a disaster film, putting everything it has into a bruising audio and visual experience that’s meant to represent pure cinema from a helmer who’s addicted to the stuff, shooting up with 65mm equipment and guzzling 12-track theater sound. It’s not a movie that requests a passive viewing experience, putting the audience into the thick of combat, taking to land, sea, and air to fully inhale an historical event goosed considerably by Nolan’s love of spectacle. He’s made an intimidating endeavor, but those hoping for an exhaustively emotional event should seek their wartime blues elsewhere. Read the rest at Blu-ray.com