Blu-ray Review - Those Daring Young Men in Their Jaunty Jalopies 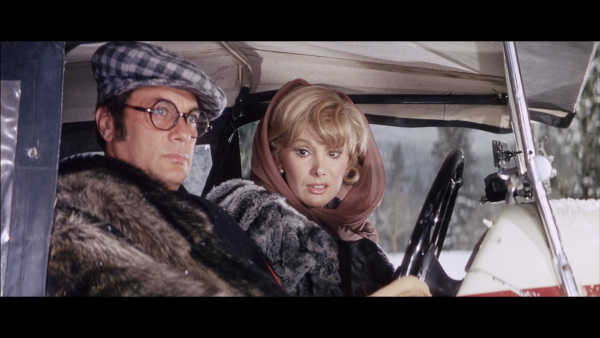 A follow-up to the 1965 hit, "Those Magnificent Men in their Flying Machines," 1969's "The Daring Young Men in Their Jaunty Jalopies" (also known as "Monte Carlo or Bust!") looks to sustain a sense of widescreen pandemonium, taking a European car race to the extremes of slapstick comedy. Co-writer/director Ken Annakin certainly maintains a vision for the production, and his management of style and action is impressive, able to keep a ragtag group of characters in focus as they tear around multiple locations. But just over two hours of silly business? "Jaunty Jalopies" pushes its luck when it comes to asking the audience to endure a marathon of mischief. Read the rest at Blu-ray.com