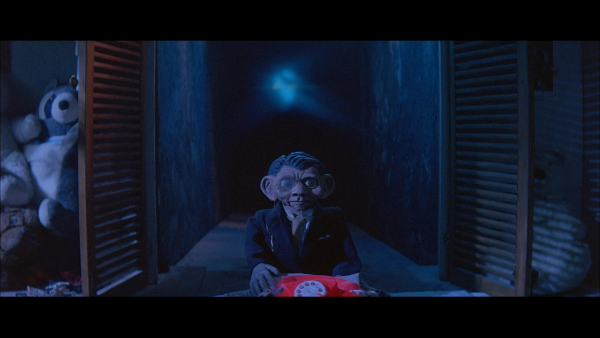 Today, we know director Roland Emmerich as a craftsman of Hollywood blockbusters, eagerly attempting to achieve massive success with big- budgeted fantasy actioners. He's had a rough period recently, guiding massive disappointments like "Independence Day: Resurgence" and "White House Down," but Emmerich appears to love the possibility of big screen scale, trying to make escapism with as much noise and stupidity as possible. However, he wasn't always like this, with 1985's "Making Contact" (a.k.a. "Joey") returning to a time in the helmer's early career when all he wanted to do was ape his creative inspiration, Steven Spielberg. Armed with enough homage to make Amblin Entertainment lawyers nervous, Emmerich sets out to create the best "E.T." and "Poltergeist" rip-off he can, using "Making Contact" to share as much Spielberg love as possible, shamelessly lifting every move from the maestro, down to cinematographic moves and the setting of suburban America. In true Emmerich fashion, he's made a spectacular mess of everything, and while his heart is in the right place, his filmmaking vision is cross-eyed at best, as little to nothing about this tedious feature makes any sense.  Read the rest at Blu-ray.com