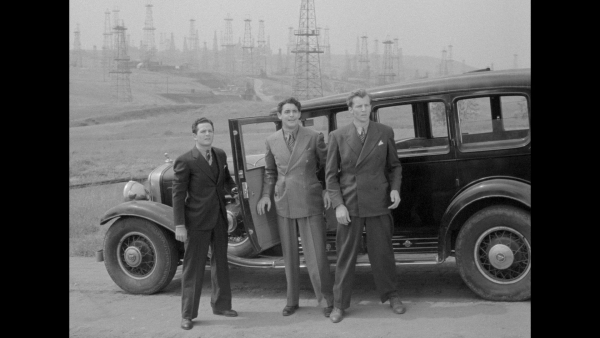 Part of the Republic Movie Serial factory, 1939's "Daredevils of the Red Circle" attempts a different approach to the creation of big screen heroes. Turning to the world of acrobatics to find a trio of men willing to put themselves in the line of fire to stop evil, the production finds an engaging starting point for action and adventure, following the exploits of characters who are accustomed to dangerous feats of survival. "Daredevils of the Red Circle" generally keeps up with serial interests in near-misses, silliness, and cheap suspense, but there's craftsmanship from directors William Witney and John English that impresses, keeping 12 chapters filled with cartoonish violence and villainy, occasionally broken up by charged encounters and canine courage. Read the rest at Blu-ray.com