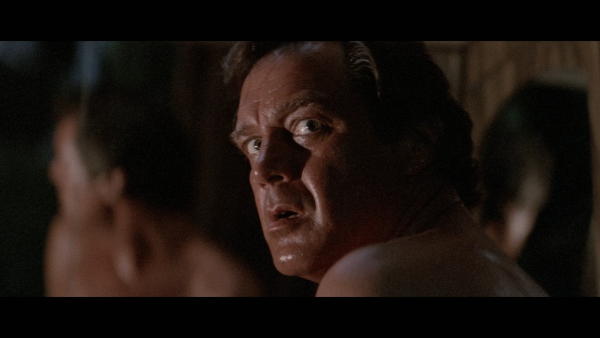 1983's "Double Exposure" attempts to cash in on the rise of sexually-minded thrillers, following the lead of Brian De Palma's work from the era, though writer/director William Byron Hillman doesn't share the same flair for screen style and gonzo plotting. While the feature is far from tasteful, there's a certain stability to the effort that doesn't boost its desire to be a chiller that toys with psychological fracture and ghoulish murder sequences, with Hillman holding most of his attention on tepid characterization, which doesn't unleash frights. "Double Exposure" is best appreciated in select scenes where insanity takes over, watching Hillman attempt to visualize oddball plans for homicide, and there's a defined exploitation atmosphere to the picture that keeps it salacious enough to pass. However, when considering what Hillman is trying to accomplish here, it's bizarre to watch the endeavor slow down to smell the roses when there's significant B-movie work to be done.  Read the rest at Blu-ray.com