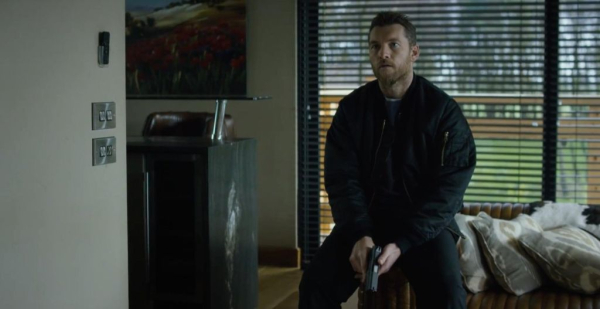 Director Jonathan Mostow was once primed to become a major force in thriller cinema. 20 years ago, he helmed “Breakdown,” an effective suspense piece starring Kurt Russell. “U-571” followed, while the moderately engaging “Terminator 3: Rise of the Machines” permitted Mostow to take a bite out of blockbuster moviemaking. But that was pretty much all he was allowed to get away with, returning in 2009 for “Surrogates,” a career-slowing misfire. And now, nearly a decade later, he returns with “The Hunter’s Prayer,” a “Taken”-style actioner arriving too late to matter, starring Sam Worthington, who seems to have an allergic reaction to giving expressive, meaning performances. It’s an uphill battle for the production, but it doesn’t have the motivation to be either a brutal chase picture or a sensitive study of an ailing hitman. Read the rest at Blu-ray.com

It’s difficult to get upset with “Miles,” as it arrives with the purest of intentions, striving to give its audience an empowerment tale that explores sexuality and equality. Co-writer/director Nathan Adloff has a plan for a sensitive portrayal of clouded identity, but his vision isn’t always crystal clear, introducing an abundance of subplots and halfhearted crisis to beef up what should really remain a story about a young man taking possession of own life after experiencing a personal loss. Adloff has a willing cast to color “Miles,” and they do great job with the messy screenplay, which is fond of introductions, but not always examination, resulting a feature that’s kind and communicative, but seldom profound, never adding up to anything distinct. Read the rest at Blu-ray.com 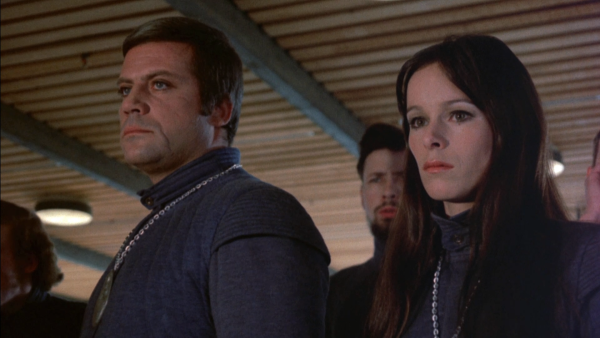 The 1970s were a fertile time for dystopian adventures. Reflecting an increasingly hostile and hopeless world rife with political upheavals, terrorism, and pollution concerns, world cinema took notice, producing a great number of films throughout the decade that attempted to turn societal ills into mass entertainment, often granted a license to be as depressing as possible, to best brand audiences looking to grab a peek at the dark side of life. Think "Soylent Green," "Logan's Run," and even "Planet of the Apes." Offered early in this revolution is 1972's "Z.P.G." ("Zero Population Growth"), which examines life in an overpopulated futureworld where the air is choked with smog and babies are outlawed to preserve global control, pitting the few against the many as free will fights to survive. Directed by Michael Campus ("The Mack"), "Z.P.G." has all the ingredients for a vivid examination of oncoming misery, delivering impressive production achievements that sell the sterility of a society built on complacency. While not precisely satiric in nature, the feature has some fun with era-specific concerns between bouts of depression as the end of the world is recreated for the screen. Read the rest at Blu-ray.com 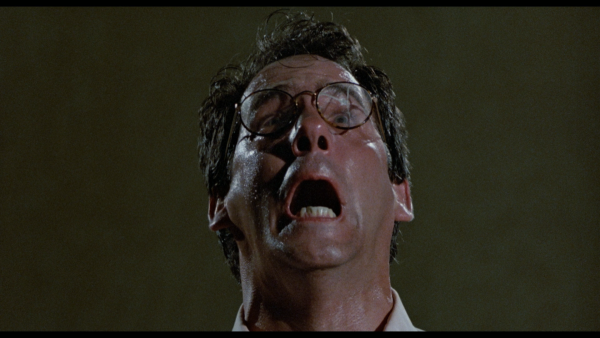 After achieving a cult hit in 1986's "Witchboard," director Kevin Tenney returns to the dark side with 1989's "Witchtrap" (titled "The Presence" on the Blu-ray), which isn't a sequel, but displays a similar fascination with dangerous supernatural terrain. Although it's a low-budget feature shot on the quick, Tenney's work here is surprisingly effective, putting in noticeable effort to jolt a tale of a rather specific haunting, using inventive special effects and lively performances to secure entertainment value. "Witch Trap" has its limitations, but its genre adulation remains endearing throughout, gifting viewers a scrappy, snarky, low-wattage take on a demonic uprising, offering enough carnage and panic to cover a few dramatic and technical potholes found during the journey. Read the rest at Blu-ray.com

Blu-ray Review - They're Playing with Fire 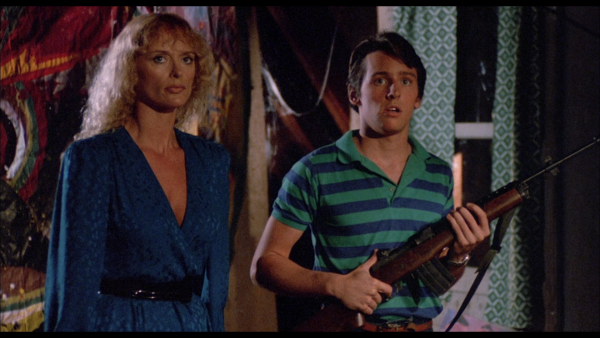 Perhaps trying to reignite the flames of teenage lust, co-writer/director Howard Avedis returns diminutive actor Eric Brown to the screen in 1984's "They're Playing with Fire," which follows his success in 1981's "Private Lessons." Once again casting Brown as boy experiencing a sexual awakening at the hands of an older woman, Avedis makes a wise choice in casting. Not with Brown, but co-star Sybil Danning, who possesses a pronounced aura of sexuality that turns certain sections of the film into 3-D, making an appealing focal point for the picture, which often needs all the distractions it can find. A curious combination of Hitchcock and "Friday the 13th," "They're Playing with Fire" arranges vivid excursions into sex and violence, playing up its soft-core attitude with gore zone visits and a screenplay (co-written by Avedis's spouse, Marlene Schmidt) that goes from appealingly straightforward to bewildering as the story unfolds, requiring Danning to disrobe just to maintain cabin pressure in this weirdo thriller tailor-made for late night cable showings. Read the rest at Blu-ray.com 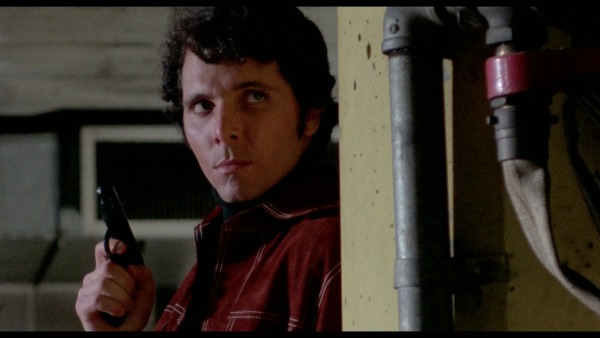 Adult cinema visits the superspy genre in 1974's "China Girl," which delivers a 007-ish take on global threat, evil organizations, and erotic enticements, executed with a certain cinematic flair not always found in such saucy endeavors. Director Paul Aratow is tasked with completing the basics in coupling and naughty interactions, but he also takes time with performances, helping to bridle the potential outrageousness of the "China Girl" world of spying with some unexpectedly effective turns, including a primary villain played by James Hong, from "Big Trouble in Little China" fame (credited here as "James Young"). Read the rest at Blu-ray.com 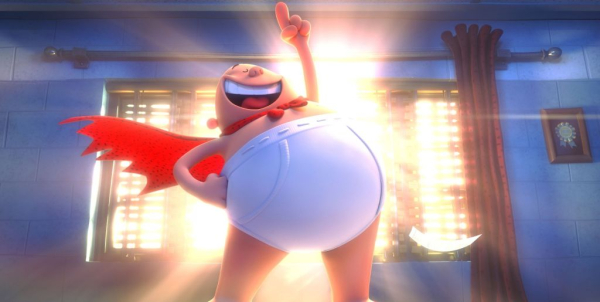 Coming soon after the release of “Diary of a Wimpy Kid: The Long Haul,” “Captain Underpants” is another picture that’s strictly for young audiences, or at least anyone who finds the very pronunciation of diarrhea hilarious. It’s the first of possibly many movies adapted from a book series by author Dav Pilkey, who plays to children with a tale that covers creative expression, teacher manipulation, and best friend interplay, setting the whole thing in a kids-rule-the-school scenario. “Captain Underpants” is occasionally imaginative, and director David Soren’s addiction to speed is helpful for adults hoping to get through a feature that offers more undergarment jokes than the 2017 film year needs, but the material doesn’t lend itself naturally to 90 minutes of screen time, with signs of stress increasing as the production searches for ways to feed the CG-animated beast. Read the rest at Blu-ray.com 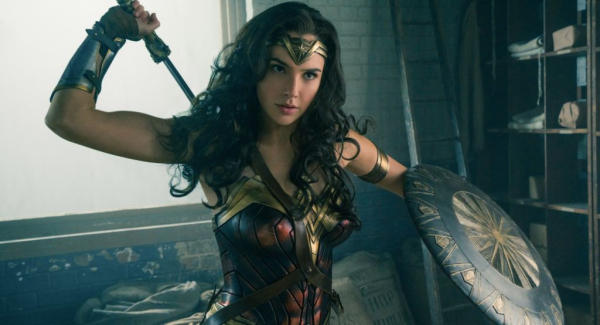 Wonder Woman was introduced to the DC Extended Universe in last year’s “Batman v. Superman: Dawn of Justice.” It was a supporting turn, but a notable one, unveiling the full power of the character before any history was established. It was a chance to see an iconic superhero on screen, finally taking Wonder Woman’s considerable comic book history seriously with a broadly powerful figure, fighting alongside Batman and Superman. Now it’s Wonder Woman’s turn for a starring vehicle, with director Patty Jenkins (who hasn’t helmed a feature film since 2003’s “Monster”) taking on a considerable challenge of tone, working to find a balance between feminine power and franchise appeal. Jenkins is mostly successful with “Wonder Woman,” capturing the majesty of Diana Prince and her call to global consciousness, crafting a satisfying origin story that gifts the beloved Amazon a formidable first step toward big screen domination. Read the rest at Blu-ray.com 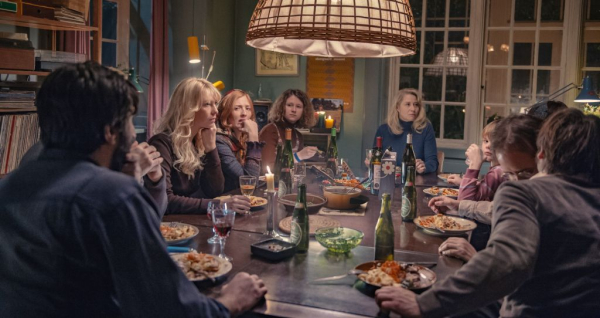 Thomas Vinterberg is a founding member of the Dogme 95 movement and a helmer typically drawn to provocative material. He’s mastered the art of cinematic confrontation, exploring haunted characters put through Hell in “The Hunt” and his 1998 breakout endeavor, “The Celebration.” Vinterberg is sensational with emotional wreckage, and his streak continues with “The Commune,” assembling another trial of unbearable decisions for his characters with this semi-autobiographical effort. Once again, troubled people come together with the purest of intentions, only to watch their lives explode with conflict, with Vinterberg overseeing excellent performances and crushing turns of plot. There’s a newfound sense of manipulation in play, but the helmer accesses some profound feelings here, building a nicely pained drama that could be interpreted as a spiritual sequel to “The Celebration.” Read the rest at Blu-ray.com 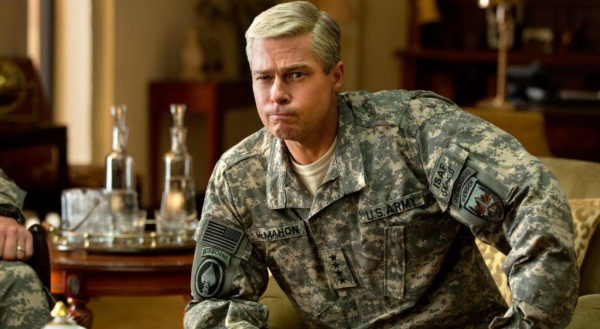 It’s difficult to tell what kind of movie “War Machine” wants to be. It has satirical edges, but it often plays like a drama, and its handle on Middle East politics and interests generally whiffs when broader comedy is introduced. Precision is not a priority for writer/director David Michod (“Animal Kingdom”), and perhaps he believes he’s making the second coming of “Dr. Strangelove” with the effort, but “War Machine” never gels as intended, trying to do something oddball with the Afghanistan War, to help separate it from the plethora of features also attempting to dissect the confusion of combat that has no direction, no end game. Michod displays a level of confidence with his strange brew of laughs and frustration, but the endeavor misses as much as it hits, which, considering the talent involved, feels like a missed opportunity. Read the rest at Blu-ray.com

Co-writer/director Gary Michael Schultz wants to make a hardcore crime movie with “Vincent N Roxxy.” He’s stuffed the picture with bad dudes and enigmatic women, picking an all-American setting as well, emphasizing cinematic influences by taking troubling situations of guilt and theft into the middle of nowhere, stepping away from urban intensity. There are haunted characters, sex, and plenty of violence. However, Schultz doesn’t have a strong enough vision for this riff on the 1993 cult classic, “True Romance,” showing up without proper editing to make sense of a flimsy script, while his interest in screen brutality is alarming, destroying whatever intimacy he’s trying to create along the way. For a film that’s about the ways of love, redemption, and family, “Vincent N Roxxy” is wholly unpleasant. Read the rest at Blu-ray.com

While the title is “Be Afraid,” it’s often difficult to understand what there is to fear in the movie. A semi-Shyamalan effort from writer Gerald Nott and director Drew Gabreski, the feature doesn’t provide an original take on very worn out ideas, once again playing with creatures of the night, forbidden forests, domestic dysfunction, and small town doubt. The big addition here is the concept of sleep paralysis, a state of immobility where the dreamer is fully aware of the moment, but little is done with the detail, which is basically introduced to secure easier pickings for an iffy monster. “Be Afraid” isn’t a significant genre achievement, going through the basic cable chiller motions, in desperate need of passion, not scares, to bring it to life. Read the rest at Blu-ray.com 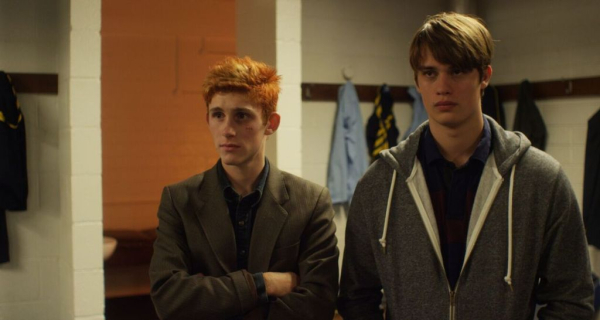 Writer/director John Butler (2013’s “The Bachelor Weekend”) doesn’t have much in the way of originality with “Handsome Devil,” so he invests in heart instead. It’s smart move, as the story works through familiar coming of age incidents, showcasing personal growth with teenagers saddled with bullying and parental neglect issues -- average After School Special stuff. “Handsome Devil” remains alert through engaged performances that know what to do with the emotions Butler introduces, keeping the cast busy trying to define their characters in interesting, even fresh ways. Formula is important to Butler, but he fights to keep the picture as real as possible, touching on personal connections and awakenings, which save the feature from complete predictability. Read the rest at Blu-ray.com