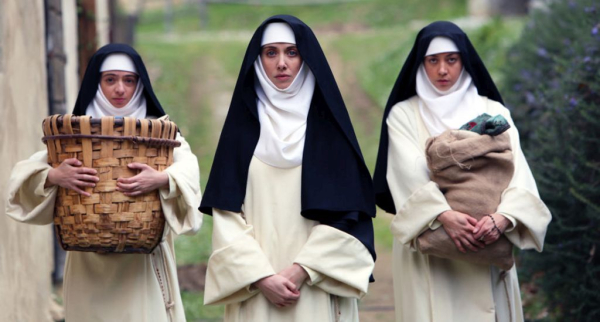 Writer/director Jeff Baena has made a positive impression during his emerging career, pulling off a horror comedy with “Life After Beth,” and achieving a cinematic miracle with “Joshy,” a movie about male bonding that wasn’t basted in ugliness. “The Little Hours” proves to be his greatest tonal challenge yet, mounting a comedy that’s not always pursuing laughs, and its target is repression found in organized religion. It’s a gamble from Baena, likely alienating a great number of potential viewers right out of the gate, but he mostly sticks the landing, finding ways to scrape out the blasphemy by playing it all so broadly, making a film that certainly has the potential to reach farcical highs, but pulls back a bit too often, perhaps afraid to really dive into the weirdness of the material.  Read the rest at Blu-ray.com