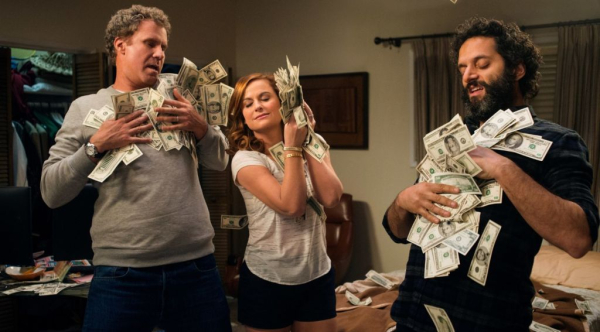 Within the first five minutes of “The House,” the movie makes light of date rape, and it’s all downhill from there. This should be a home run, pairing Will Ferrell and Amy Poehler in a comedy about an underground suburban casino, encouraging major mischief from two actors perfectly capable of onscreen play until something strikes gold. And yet, “The House” is nearly a complete dud, watching co-writer/director Andrew Jay Cohen tank every moment, unable to get a rhythm going as the picture stumbles from scene to scene. It’s thinly connected series of sketches in need of a script, finding Ferrell and Poehler oddly powerless here, struggling to come up with one decent, considered, expertly timed joke. Cohen would rather scattergun the humor, which creates an unfocused, unhelpful mess starring talented people. Read the rest at Blu-ray.com