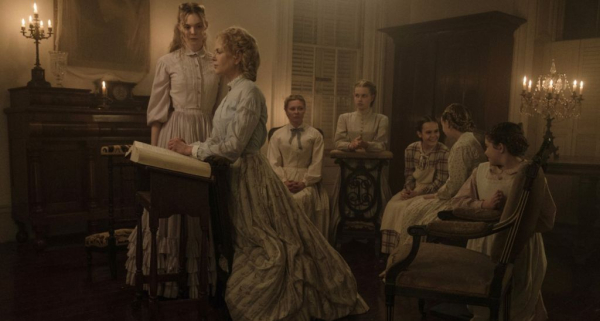 Writer/director Sofia Coppola was once a filmmaker of immense power, delivering subtle emotion and overwhelming atmosphere with early works such as “The Virgin Suicides” and “Lost in Translation.” Her subsequent endeavors have been beautiful, but cold to the touch, adrift in style not storytelling with “Marie Antoinette,” “Somewhere,” and “The Bling Ring.” There’s immediate disappointment with “The Beguiled,” as it’s not a return to form for Coppola, but it remains a fascinating feature. While the R-word (“remake”) is forbidden around these parts, “The Beguiled” is the second adaptation of Thomas Cullinan’s 1966 novel, which was first brought to the screen via a 1971 Clint Eastwood vehicle, helmed by Don Siegel. Coppola’s effort isn’t quite as direct with its tension, but she does manage to dilute the insistent masculinity of the previous production, constructing a measured, feminine take on what’s essentially an exploitation picture tastefully displayed behind glass.  Read the rest at Blu-ray.com