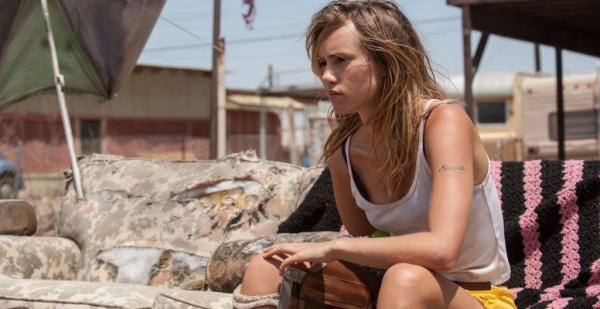 Ana Lily Amirpour made her directorial debut with 2014’s “A Girl Walks Home Alone at Night,” described as “the first Iranian vampire western.” Some found it to be revelatory work, blending cultural investigation with genre mechanics, coming up with a moody original that signaled the arrival of a major creative talent. Others found the picture dull and indulgent, working a bit too hard to be offbeat, preferring style over substance. “The Bad Batch” is Amirpour’s second at-bat, and she largely retains the same genre interests, constructing another dialogue-light foray into graphic novel-inspired menace, this time using a different type of bloodsucker: cannibals. “The Bad Batch” enjoys a larger budget and an ensemble of familiar faces, but Amirpour shows no improvement when it comes to focus, laboring through another tedious exercise in nothingness, working extra hard to end up nowhere.  Read the rest at Blu-ray.com