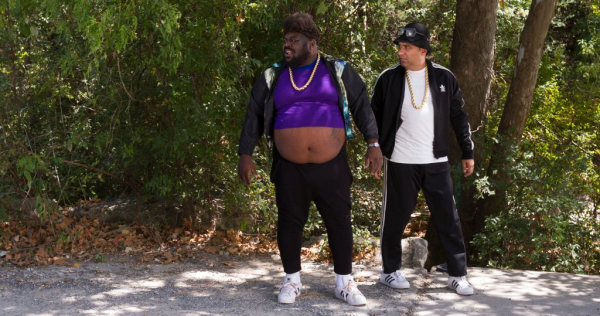 I suppose a stoner comedy should be easygoing, but it’s often difficult to tell if “Ripped” is even awake. The picture doesn’t exude much energy, putting its faith in the entertainment value of F-words and pot smoke, but it’s not a mean-spirited effort, which should be a blessing, as gentleness is one of the few appealing aspects of “Ripped,” which doesn’t lunge for the throat when depicting low-brow funny business. A mild attempt to replicate the “Hot Tub Time Machine” viewing experience, writer/director Brad Epstein doesn’t have the inner drive to do something insane with the material, putting stars Faizon Love and Russell Peters in charge of screen charisma and one-liners. The men certainly look like they’re having a good time, but seldom does that ease translate into laughs. Read the rest at Blu-ray.com