Film Review - Once Upon a Time in Venice 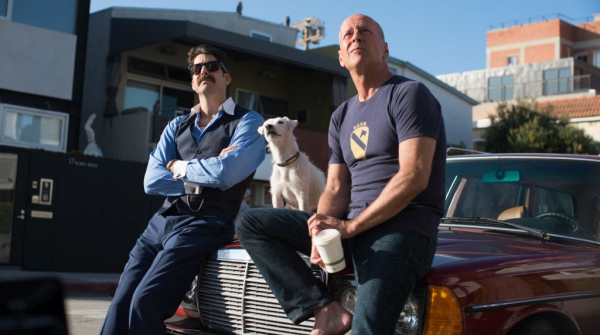 Bruce Willis hasn’t been the most invested actor in recent years, taking roles in a string of B-movies where his paycheck likely ate up half the production budget. As he enters his twilight years, Willis has stopped caring, which has been difficult to watch, finding the man who once dazzled with intensity in “Die Hard” now sleepwalking through his career, making awful choices to keep himself busy. “Once Upon a Time in Venice” isn’t a satisfying feature, but it requires Willis to be more active, accepting a lead role that asks the veteran actor to skateboard in the nude, dress as a woman, and tolerate improvisational efforts from Thomas Middleditch. For that alone, Willis deserves every penny he commands. “Once Upon a Time in Venice” is flat and unfunny but, at the very least, it requires Willis to break a sweat, which he does with a slight boost in thespian commitment. Read the rest at Blu-ray.com