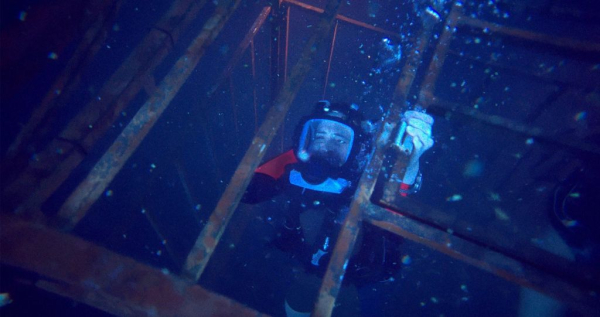 Last summer, there was “The Shallows.” A relatively low-budget effort, the feature promoted the heck out of its shark attack angle, hoping to rope in ticket-buyers for what was actually more a survival film with a pronounced emotional hook. “The Shallows” turned out to be a surprise hit, inspiring the competition to cook up a shark tale of their own for the summer of 2017. Surprisingly, there was already one completed, awaiting a DVD release, even making it into a few stores before it was acquired for a major theatrical release. “47 Meters Down” was yanked from the precipice of DTV obscurity, offered a shot to prove itself with a shark-hungry audience, with hopes that its painfully limited budget and lack of polish won’t matter to those who simply crave a deep water frenzy, and nothing more. Read the rest at Blu-ray.com