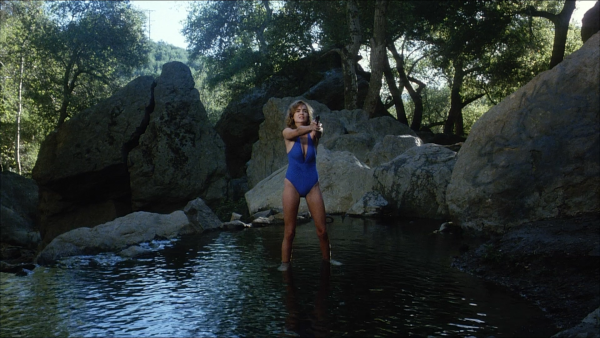 1989's "The Jigsaw Murders" (where only one titular killing takes place) is positioned as a crime story with occasional interruptions by the demands of exploitation cinema. Some nudity remains, and a few ghastly encounters are detailed, but director Jag Mundhra prizes characterization first and foremost, bending the Roger Corman-released project in a way that explores psychological issues, not just a body count. It's a valiant attempt to do something different with bottom-shelf production values, and while "The Jigsaw Murders" isn't completely victorious, there's some grit and excitement to hold attention, and the picture's gradual evolution into camp isn't entirely unpleasant. Read the rest at Blu-ray.com