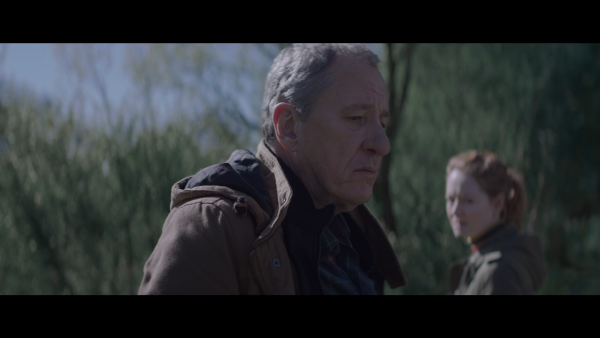 "The Daughter" is an adaptation of "The Wild Duck," an 1884 play written by Henrik Ibsen. The Norwegian playwright is not known for his cheery study of character, instead working to find behavioral and emotional authenticity in everyday interactions, building tensions from within. Writer/director Simon Stone (making his directorial debut) is determined to protect Ibsen's solemnity in "The Daughter" while modernizing the story to fit more relatable concerns of heart and home. It's a penetrating family saga, which braids together dysfunction and secrets to create a series of hidden betrayals uncovered as the film unfolds, and Stone confidently manages each horrific unveiling. He also sustains Ibsen's uncompromising plotting, which ranges from cracks in the concrete to all out war, generating a wild ride of anger that brings the material to full attention. It's dark work, but satisfying in the way it values these personalities and their individual approaches to strife. Read the rest at Blu-ray.com