Film Review - The Wizard of Lies 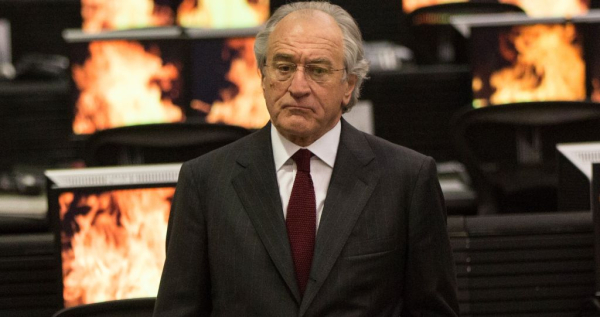 Most filmmakers don’t want to portray evil in a straightforward manner, especially real-world villainy, which is often too nuanced to simply fit for a black hat. “The Wizard of Lies” has the difficult task of humanizing Bernie Madoff, the stockbroker and investment advisor who built a Ponzi scheme that defrauded clients on a grand scale, erasing 65 billion dollars from those counting on a secure financial future. An adaptation of Diana B. Henriques’s book, “The Wizard of Lies” certainly isn’t a cinematic shoulder rub, with director Barry Levinson attempting to understand the psychological and technical details of the scheme, which, for Madoff and his family, became a daily reality, giving the production a compelling perspective to work with as it figures out a way to make a Bernie Madoff movie without immediately crucifying its dastardly subject. Read the rest at Blu-ray.com