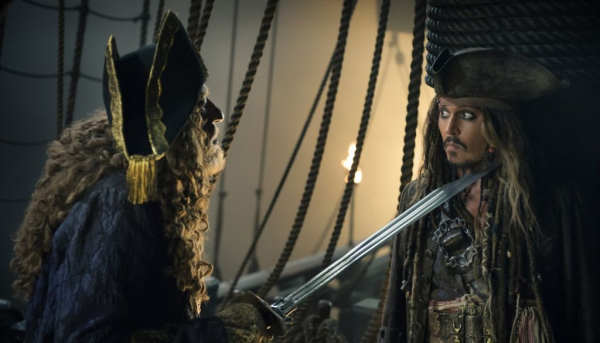 13 years ago, there was “Pirates of the Caribbean: The Curse of the Black Pearl.” It was the little blockbuster that could, overcoming dismissive press due to its theme park origin and heavy competition at the box office, becoming the third highest grossing picture of 2003. It earned its success through imaginative storytelling and a playful tone that balanced light and dark events, and there was Johnny Depp, who created a memorable character in Jack Sparrow, redefining what it means to be a big screen pirate. Back-to-back sequels followed in 2006 and ’07, and the bloat started to set in, with the producers caring more about enormity of visual effects than pure adventure. And 2011’s “On Stranger Tides” flatlined from the very first scene, struggling to come up with anything even remotely thrilling. After a long break from SparrowLand, “Dead Men Tell No Tales” arrives with the opportunity to revitalize the franchise, to find a new direction that could rekindle the mischief and mystery of “The Curse of the Black Pearl.” Sadly, “Dead Men Tell No Tales” doesn’t possess the ambition to be anything more than yet another noisy “Pirates of the Caribbean” misfire. Read the rest at Blu-ray.com