Film Review - Diary of a Wimpy Kid: The Long Haul 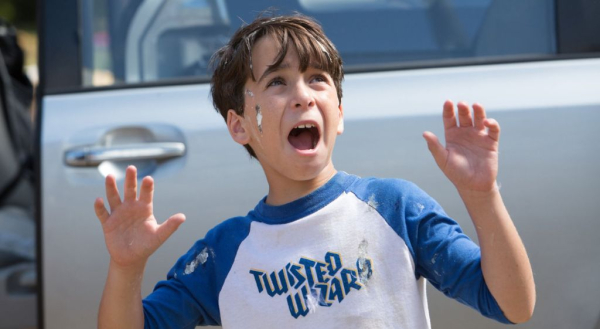 Originally a series of YA books from author Jeff Kinney, the “Diary of a Wimpy Kid” brand name found its way to the big screen in 2010, introduced with an uneven, unappealing adaptation that basically confirmed Kinney’s world was better suited for the page, where its cartoon shenanigans could be left to the imagination. Two terrible sequels followed (the last released in 2012), each met with flat box office returns and overall audience indifference. However, profits were made, inspiring Hollywood to try again, reawakening the saga of Greg and his hapless family for “Diary of a Wimpy Kid: The Long Haul,” which completely recasts and refocuses the franchise, though co-writer/director Dave Bowers (who helmed the last two movies) returns, hellbent on proving his unpleasant comedic vision for this feature, ending up with the worst “Wimpy Kid” sequel yet. Read the rest at Blu-ray.com