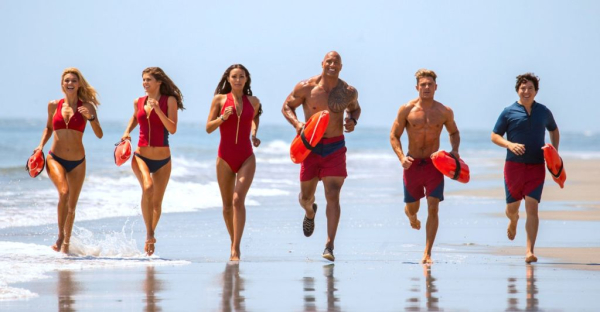 One doesn’t expect a cinematic miracle with a big screen adaptation of the television show “Baywatch,” but a little effort wouldn’t have hurt. Seth Gordon, the director of “Four Christmases,” “Identity Thief” and “Horrible Bosses,” is put in charge of the transition, with the production taking a cheeky, skin-heavy show with mild heroics and turning it into an R-rated raunch fest that takes its ridiculous plot too seriously, often at the expense of character and comedic timing. The new “Baywatch” is an extended joke, hinting at parody, but it ends up a misfire without enthralling stunt work or even a proper beach vibe. It’s barely even an episode of the show, coming up short in almost every department except abdominal muscle definition. That’s the feature’s primary achievement. Read the rest at Blu-ray.com