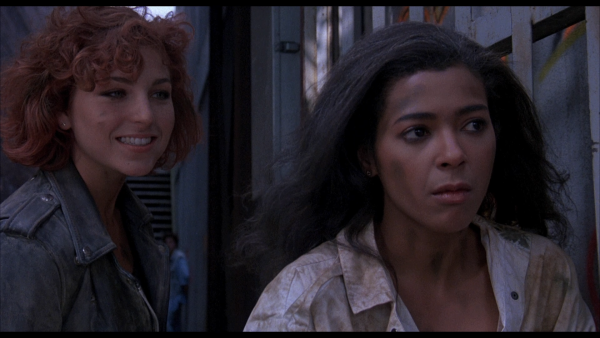 The theatrical trailer for 1985's "Certain Fury" is quick to remind viewers that the film stars two Academy Award winners, clawing for any morsel of dignity it can find to build the feature up as something more respectable than it actually is. It's true, Irene Cara (who collected an Oscar in 1984 for Best Original Song) and Tatum O'Neal (who brought home a little gold man in 1974 at the age of ten for her supporting turn in "Paper Moon") have reached the pinnacle of peer reward in Hollywood, but they're not exactly two forces of thespian power. "Certain Fury" is an exercise in B-moviemaking from director Stephen Gyllenhaal (father to Jake and Maggie), who makes his helming debut here, tasked with butching up Cara and O'Neal for a chase picture that resembles "The Defiant Ones," but mostly plays out like a television show from the mid-1980s, likely airing after "The A-Team." Read the rest at Blu-ray.com