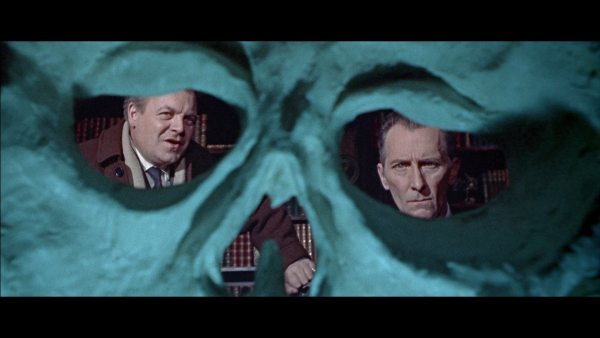 Keeping their standing as titans of the horror genre, stars Peter Cushing and Christopher Lee move from Hammer Films to Amicus Productions for 1965's "The Skull," which keeps the actors busy with a different type of threat emerging from the haunted skull of the Marquis de Sade. Adapted from a short story by "Psycho" author Robert Bloch and directed by Freddie Francis, "The Skull" has the benefit of being just weird enough to work, exploring the limits of sanity and the perils of antique dealing, experiencing evil through a strange vessel of paranormal influence. Read the rest at Blu-ray.com