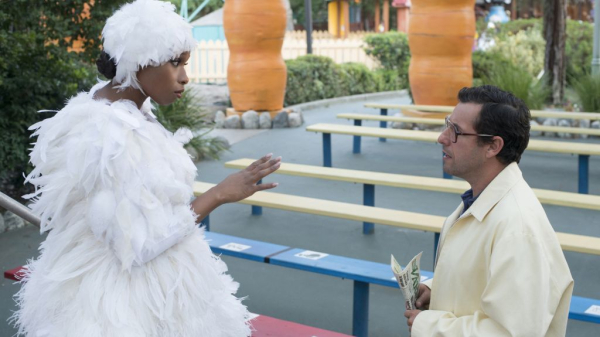 When Adam Sandler signed a deal to make movies for Netflix, giving up the theatrical distribution business, he was offered financial freedom to make pictures studios would normally refuse. With “The Ridiculous 6,” Sandler starred in an expensive western, becoming a hero who rides horses and saves the day. In “The Do-Over,” Sandler was offered an opportunity to make an R-rated comedy -- a rare event in his career. And now there’s “Sandy Wexler,” a personal project where the comedian pays tribute to the failures and idiosyncrasies of his manager, Sandy Wernick. It’s also the longest endeavor in Sandler’s career, clocking in at a whopping 131 minutes, which is a level of Netflix permissiveness studios would never allow, and for good reason. There’s no reason why an Adam Sandler feature should run over two hours, especially one like “Sandy Wexler,” where nothing actually happens outside of an extended impression of Wernick only a small group of Hollywood insiders are going to get. Read the rest at Blu-ray.com