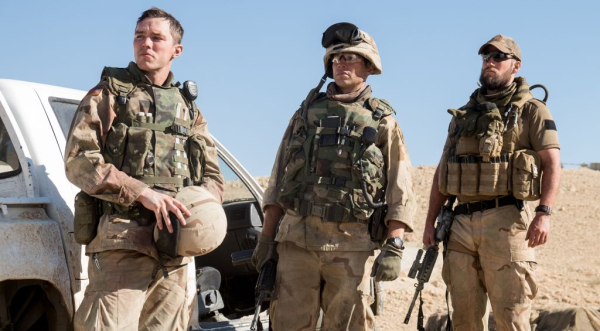 It’s difficult to avoid a sense of familiarity with “Sand Castle,” which examines the fried headspaces of soldiers fighting in the Iraq War. It’s a setting and a story that’s been told many times before, through films and documentaries, with each production searching for authenticity, following the same path of procedural inspection and personal breakdown. “Sand Castle” manages to define itself through its depiction of hesitation, watching the lead character attempt to delay the inevitable for as long as possible, receiving a distinct education on the price of war. Screenwriter Chris Roessner (a war vet making his feature-length debut) has all the details down perfectly, but his true challenge is one of focus, with “Sand Castle” tasked with taking in the enormity of combat and articulating the subtle ways it shatters individual participants.  Read the rest at Blu-ray.com