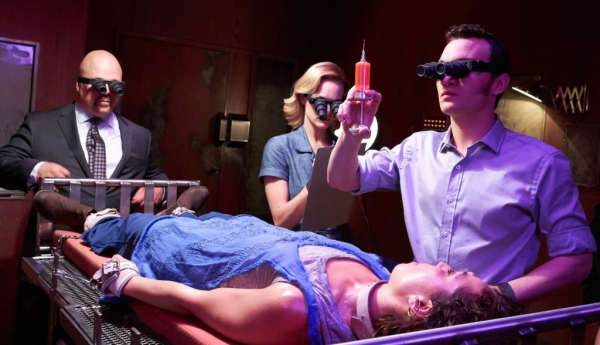 Steven Shainberg doesn’t direct very often, but when he does, he specializes in fetishes, using the screen to explore interests in restraint and discipline. His last picture was 2006’s “Fur: An Imaginary Portrait of Diane Arbus,” which explored abnormal body hair growth and artistic curiosity, but Shainberg is best known for 2002’s “Secretary,” which brought the private world of BDSM to art house audiences and Blockbuster Video renters, detailing an intense relationship between a dominant and a submissive in an office environment. Now there’s “Rupture,” which adds to Shainberg’s celebration of kink, but this round is more macabre, highlighting one bound woman’s experience with the limits of fear. “Rupture” is a bizarre effort and not at all satisfying, and as the feature begins to unravel while pursuing impossible visual and storytelling goals, one begins to wonder if the basic atmosphere of suffering isn’t feeding Shainberg’s personal appetites.  Read the rest at Blu-ray.com