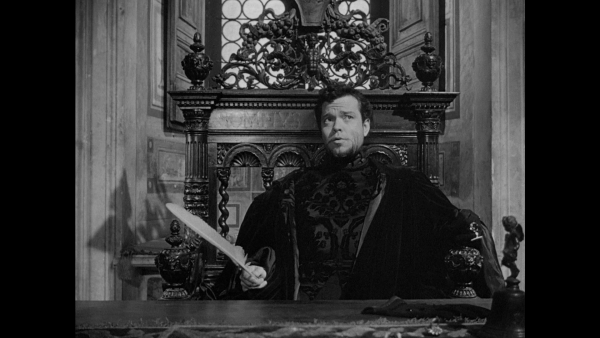 Regality is the goal of 1949's "Prince of Foxes," which endeavors to play a royal game of loyalties and intimidation, adapting a 1947 book by Samuel Shellabarger, which took a close look at the reign of Cesare Borgia (played by Orson Welles) through the eyes of Andrea Orsini (Tyrone Power), a determined but conflicted soldier for the cause. Director Henry King goes for bigness with "Prince of Foxes," which was proudly shot around actual Borgia locations, giving the effort historical authenticity. The dramatic grip of the material is debatable, as initial intimacies and scheming give way to a wider canvas of deception and collaborations, transforming the picture into an iffy puzzle of last names and motivations. Read the rest at Blu-ray.com