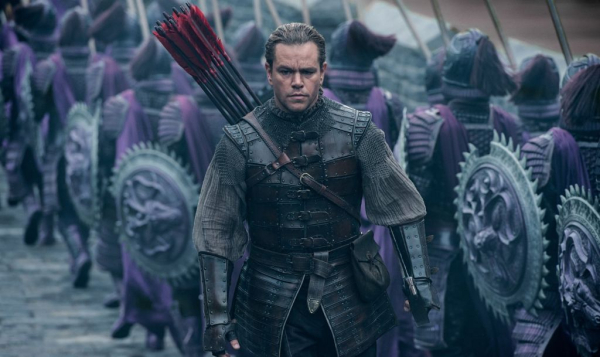 Matt Damon never looked like an action hero, but he managed to become one in the Jason Bourne film series, transforming himself into a killing machine for four pictures. Now, Damon is tasked with becoming a Western hero in a Chinese production, suiting up for the fantasy “The Great Wall,” which pits the actor against large CGI creatures, giving close quarters combat a rest. This is no ordinary production using a big Hollywood name to entice audiences, it’s the latest from director Zhang Yimou, helmer of “Hero,” “Raise the Red Lantern,” and “House of Flying Daggers.” There’s creative power and a sizable budget keeping “The Great Wall” going, and it shows onscreen, with the feature delivering impressive stunts, visuals, and sheer scale for least an hour before the seams start to split and Damon is left to Blue Steel himself through an overcooked effort. Read the rest at Blu-ray.com