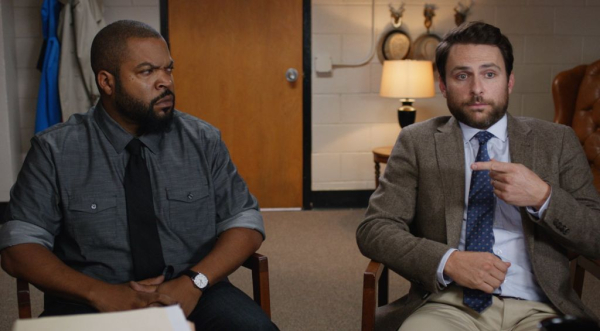 “Fist Fight” is the latest assembly line comedy to be released by Warner Brothers that features odd couple starring roles, crude humor, and silly violence. After recent movies such as “Get Hard,” “Central Intelligence,” and “Hot Pursuit,” the formula has now been extended to “Fist Fight,” with pairs Charlie Day and Ice Cube in a battle of attitudes and improvisation, working to find a level of wackiness to appeal to the mass audience. It’s R-rated jesting and quite lethargic, with directorial control handed to Richard Keen, a television helmer making his feature film debut, and it shows. Thin, insincere, and weirdly aggressive with raunchy humor, “Fist Fight” is many things, but amusing isn’t one of them, delivering little effort when it comes to the invention of killer punchlines and considered performances. Read the rest at Blu-ray.com