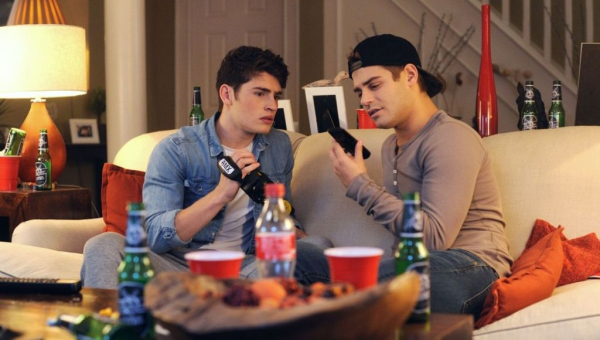 The YouTube generation has inspired a rise in prank comedy, partaking in a longstanding tradition with vigor, passing the needs of comedy to satisfying cravings for cruelty. “Don’t Hang Up” initially sets out to spotlight such a mindset, highlighting the daily adventures of teenagers who live to make other lives miserable. Sadly, the screenplay (written by Joe Johnson, “The Skulls III”) doesn’t follow through on juicy material, instead sliding into slasher film formula with a distinct plan to resurrect fright feature moves from the “Saw” series to inspire grim events. “Don’t Hang Up” isn’t a heartbreaking misfire, but it’s not a picture that’s thinking clear enough, giving up on the potential for condemnation and satire to play with basic genre elements, while a heavy fog of stupidity hangs over the production. Read the rest at Blu-ray.com